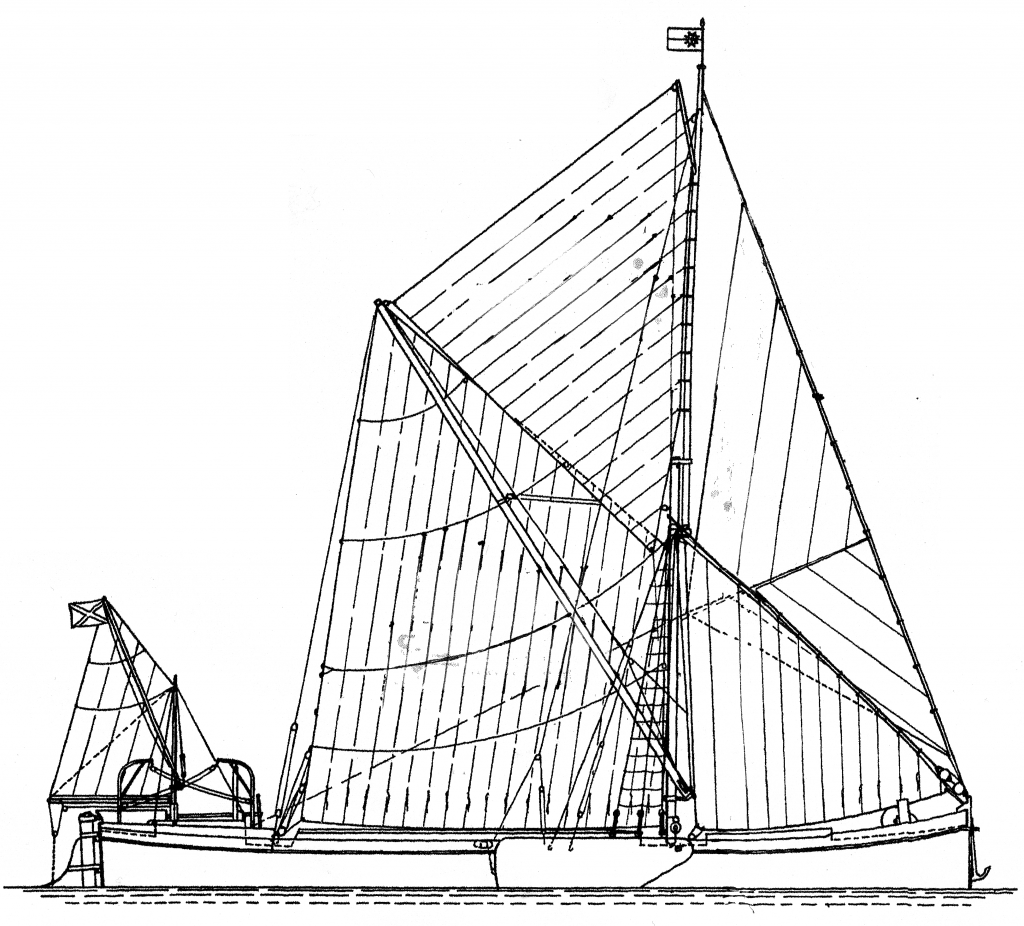 EthelAda
Built in Paglesham in Essex by the Shuttlewood brothers in 1903, Ethel Ada was named after the wives of her two shipwrights.
Pagelsham Creek was the final resting place of HMS Beagle and local legend has it that Ethel Ada is partly constructed from the timbers of Darwin’s famous ship.

Originally built to carry coal, she was subsequently used to transport agricultural and building materials, and latterly explosives in and around the Thames estuary.

She ceased trading in the 1960s and was converted for private use. Her engine was installed during an extensive renovation during the 1980s.

Thames sailing barges remain one of the most efficient cargo carriers ever devised. Ethel Ada was capable of carrying more than one hundred tonnes of produce into the heart of the city of London crewed by only a man and a boy.

Her shallow draft meant she could navigate far inland to rural ports. Once her sails were stowed her sprit became a useful crane for handling cargo. 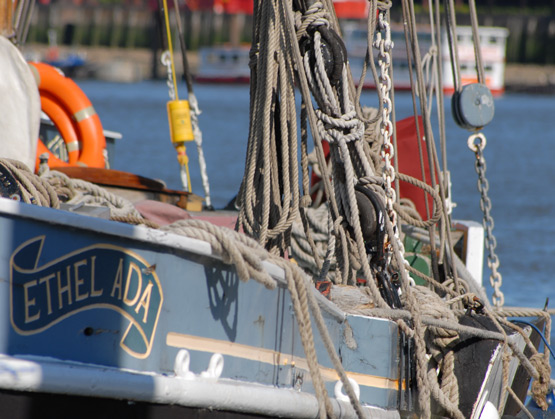