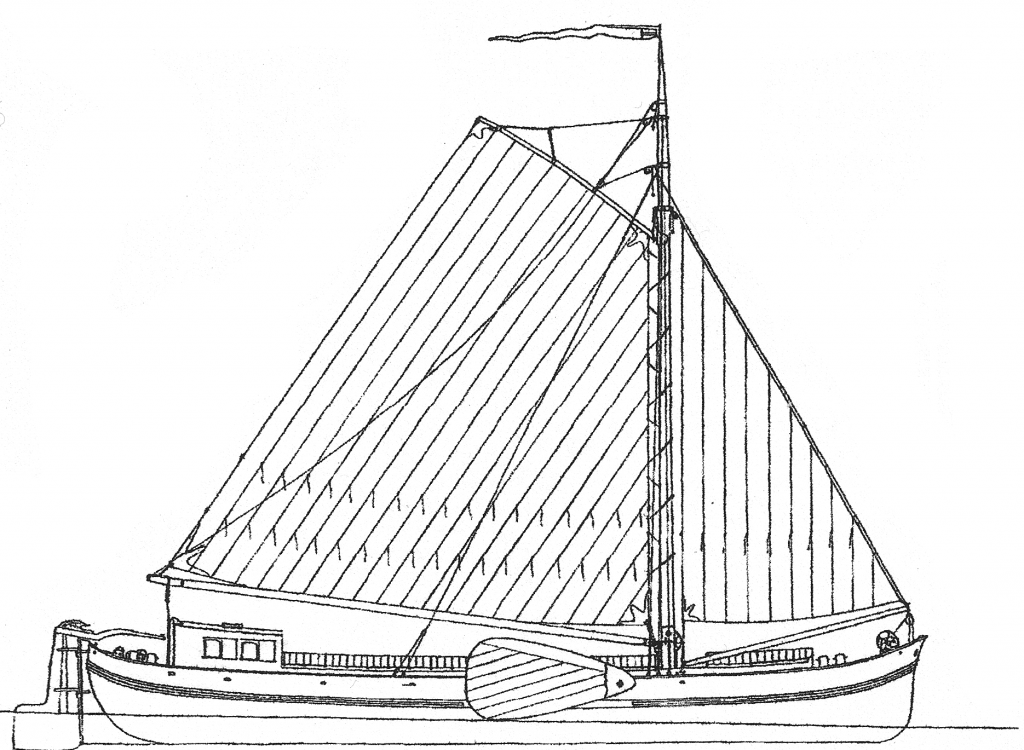 Twee Gezusters (Two Sisters) was built in 1904 at the Van Aller yard in Hasselt, Holland.
Originally built as a single mast sailing barge of 26m she was lengthened in 1938 and an additional mizzen mast added. Registered for most of her working life in Zwolle, she traded under sail until 1948 when she was finally de-rigged and a Deutz engine and wheelhouse were added.

She continued to work as general cargo barge until 1972. In 1997 she was purchased from a yard in Harlingen in a state of dereliction and was restored for cruising and residential use.

In 2006 she returned to Holland to have her original sailing rig re-instated and she is now based in London as a family home and cruising sail barge.