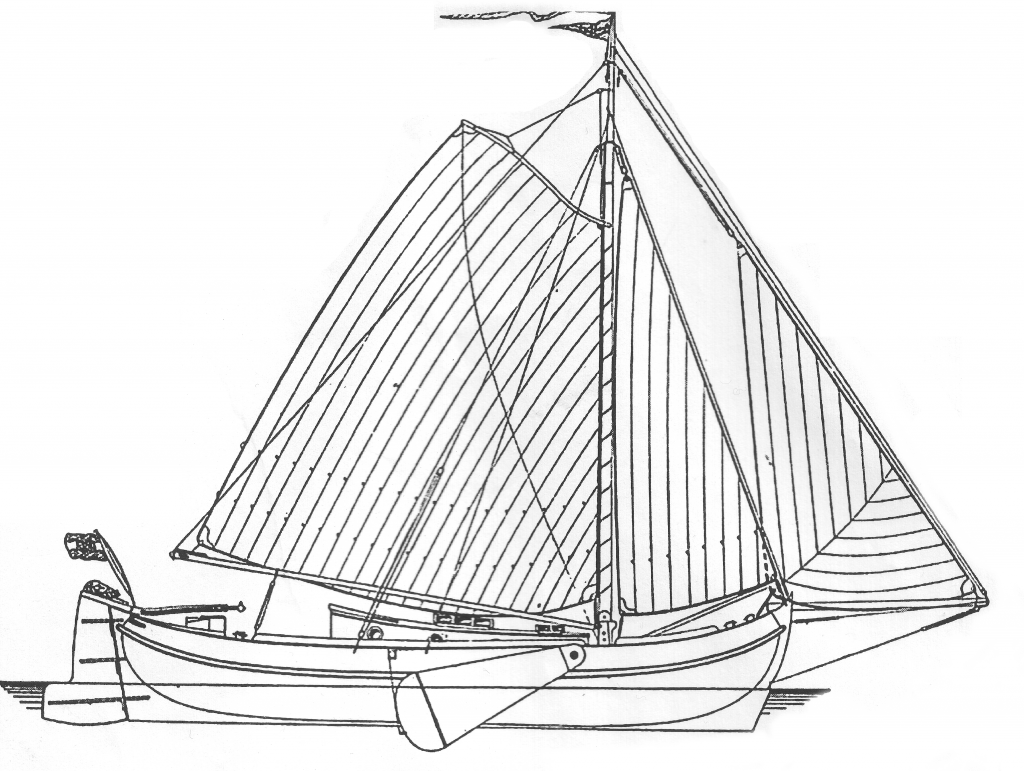 Ellen Marianne was launched at Lekkerkerk in Holland in 1908 and was fitted out as an elegant paviljoentjalk yacht by Burgerhout’s Machine Works and Shipbuilding Company.  The owner of Burgerhout’s sailed her as his private yacht until 1928 at which point she was sold and re-named ‘Julia Ilse’.

Paviljoentjalks were so called because of the low aft cabin or ‘paviljoen’ over which the tiller needed to swing. In the 1990’s Ellen Marianne was brought across the channel and was re-registered as a British ship. Under new ownership she completed a circumnavigation of the UK. She was moored briefly at Snape Maltings in Suffolk before being brought to London in 2008.