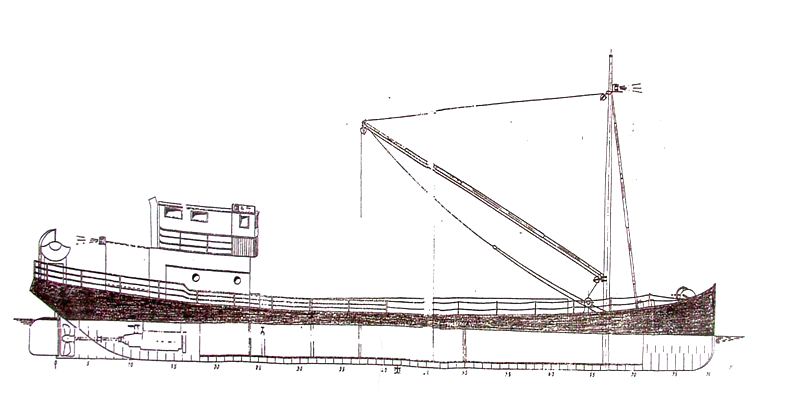 M/S Hans was built in 1915 by the Muller yard in Amsterdam as a coastal steamer.
Built of steel riveted onto angle frames she was the last small coasting vessel of her size to work in Norway. Originally she was fitted as a twin hatch coaster with centre derrick and an exposed helm aft with a small two-berth cabin for the crew.

The outline of this cabin can still be seen with the iron banding around the lower accommodation. The existing wheelhouse was fitted in the 1960s when Hans was converted for carrying grain and bulk cargos with tall silos extending to under the bridge windows.

From 1960 until 2003 Hans was owned and operated by John Torkilson and his son Jarle. John did his last trip on Hans at the age of 78 doing the delivery from her home port of Mosterhabn to the southern Norwegian port of Egersund for onward delivery to the UK.

In 2007 she began conversion for residential use and was brought to London in 2009 as a family home and cruising barge. 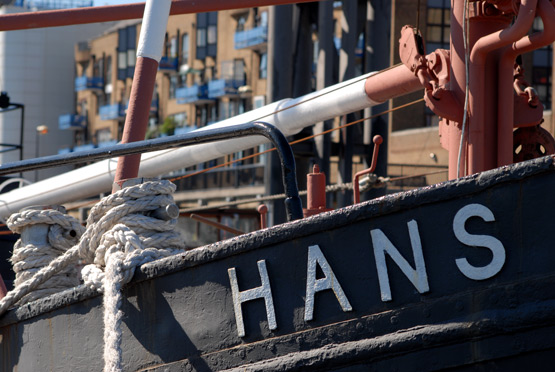