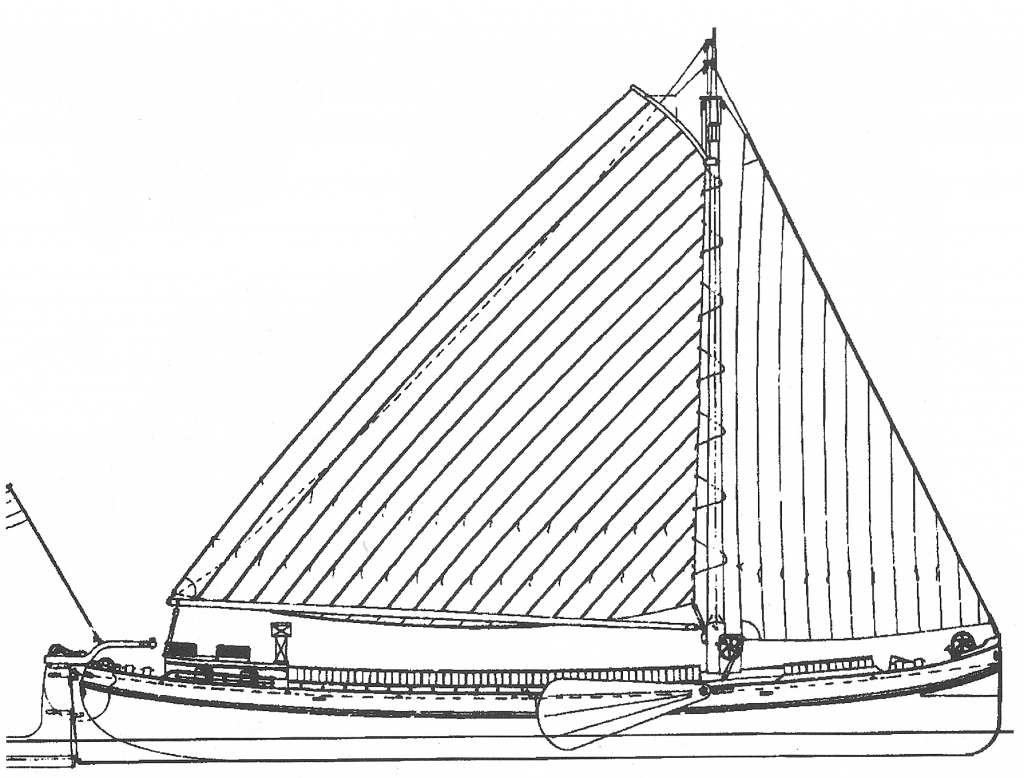 Anna was built in 1928 at the wharf of L. Wolthuis in Veendam under the name Twee Gebroeders (Two Brothers).
The steilsteven (straight stem) hull was the forerunner of the motor barges that were to gradually replace the sailing fleet in the 1930s and 40s. Many of the steilsteven barges were de-rigged as they converted well to motor propulsion.

Under the ownership of L. Kuipers, Anna traded in the North of Holland carrying peat and vegetables around Groningen in Freisland until the falling cost of road transport made the smaller barges unviable.

Anna retains her original dimensions and rig and the interior of the aft accommodation retains much of the original panelling and fittings from the days when she was in trade.

She was brought to London in 2009 for restoration and is now a residential barge cruising regularly on the Estuary and the East Coast.