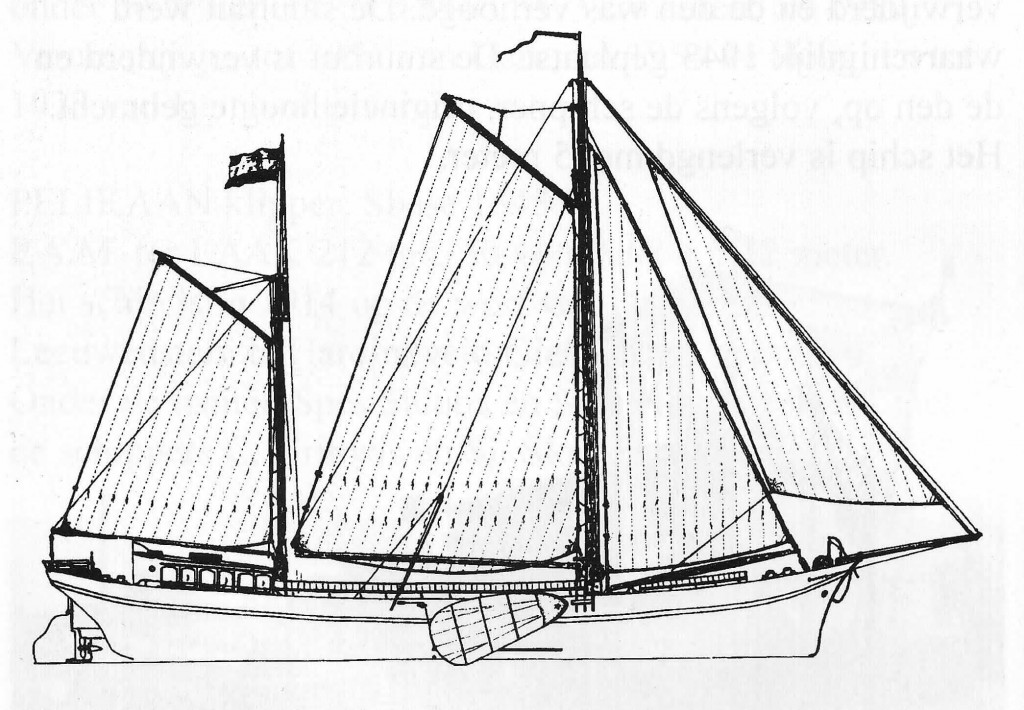 Type: Friese Klipper
Year: 1913
Length: 32.2m
Beam: 6.2m
Draft: 1.2m
Engine: DAF
Dankbaarheid (Thankfulness) was built in 1913 as a Friese Klipper – a special gauge of vessel designed for specific routes and locks along the Friesian canals in the northern part of the Netherlands.
The most common rig for a sailing barge of this kind was a main mast of around 20m and a mizzen mast of around 10m with a 5m topmast.

Sailing these twin-masted barges on the Dutch rivers took real skill, with the main mast lowered using ‘bokkepoten’ from the main winch as the vessel approached a bridge, and the top mast on the mizzen dropped at the last moment with the vessel propelled under the bridge using the force from the mizzen alone. Once through the entire rig was raised once again.

Dankbaarheid was re-rigged for charter in the 1980’s and was brought to Blackwall Basin in West India Docks as a corporate entertainment vessel for Reuters. She was renamed ‘Sir Henry Johnson’ after the shipwright who owned the Blackwall Shipyard and who built ships for the East India Company in the Seventeenth Century.

After moving to Royal Victoria Dock as the base for a sailing club she remained an important local Docklands landmark until 2010 when she was brought to Hermitage Moorings for conversion to a residential cruising sail barge.