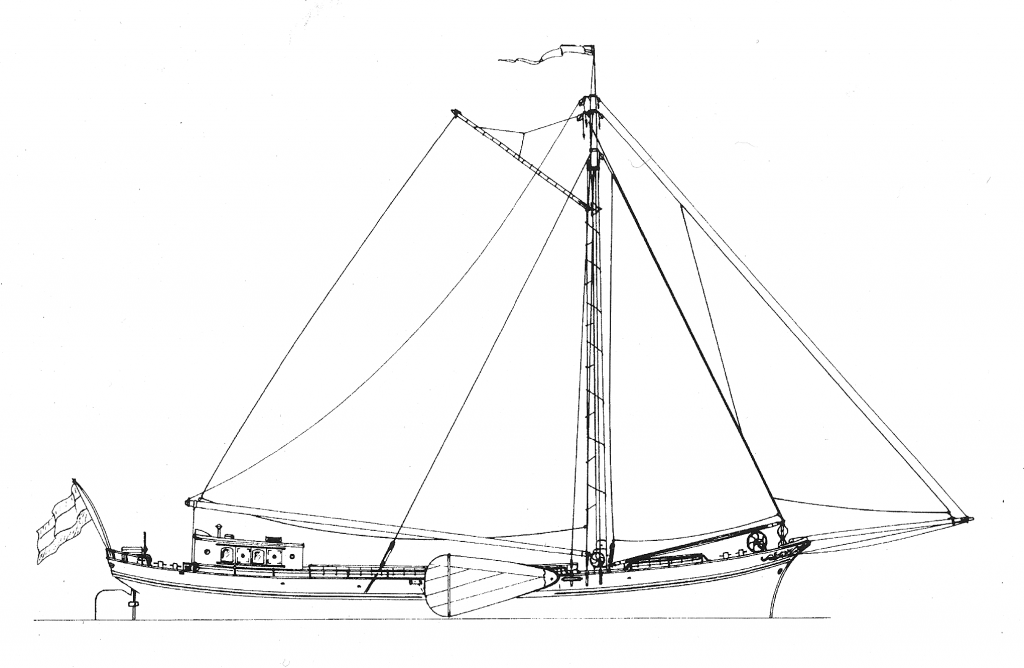 Type: Zeeuwse klipper
Year: 1885
Length: 20m
Beam: 4.8m
Draft: 1.3m
Engine: Fiat CPO3
Rig: Ketch albatros
Around 1900 in Holland a number of small klippers were built for sport and recreation rather than for trading. Albatros is thought to be a rare example of one of these yachts built at the Duivendijk yard in Papendrecht with a larger than normal deckhouse and a riveted steel roof instead of the normal open hold. Built along the same lines as the binnenvaart ships, klipper yachts were fast under sail and popular for racing.

Albatros’s sister ship Lichstraal was used by Prince Hendrik of Holland in 1916 for a two day sailing trip on the Zuiderzee. After a period as a pilot cutter and a sail-training vessel, Albatros crossed the channel at the start of the World War II and was requisitioned by the War Office to be used as a barrage balloon vessel off the south coast.

After the war she cruised extensively in the Mediterranean and was brought to London in 2009. Although built with a single mast gaff rig she is now ketch rigged with a mizzenmast forward of the deckhouse.