The June Open Days of 2019 will be taking place this weekend. It is a special occasion as 2019 is the tenth anniversary of the building of Hermitage Moorings.

We have two vessels coming to Hermitage and open to the public, one, called “Korneliske Ykes II” , is sailing from The Netherlands, re-enacting a trading route used a hundred years ago with the import of live eels. The other vessel is a traditional Thames sailing barge, “Will”, originally also a cargo carrying vessel.

Dutch vessel “Korneliske Ykes II”, a replica timber sailing Tjalk, first mooted in 1999, built and launched by 2009 and now in 2019 finally voyaging to London on the long promised trip. One eel barge “palinaak” could carry up to 10 tons of live eels, kept in a special hold open to fresh seawater, with a total annual trade of about 1000 tons, offloading at their dedicated mooring up river next to Billingsgate. The last two operational vessels were decommissioned in the 1930’s. We are expecting the vessel to arrive on Friday 21st, with some fresh eel on board, though only a fraction of the original load typical 100 years ago! 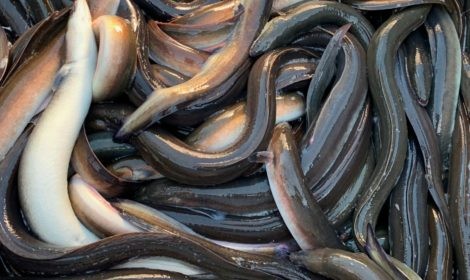 Thames Sailing Barge “Will”  is mooring here for visitors to look around.

Will was built in 1925 in Yarmouth, so of the same era as the Dutch eel barge, and the largest of her type built. Made of steel, almost 30m long and a touch over 7m wide, taking up to 280 tons and used in trade up until 1966. The engine was only fitted in 1950, before that operating under sail only. It is spritsail-rigged with a gaff-rigged mizzen and a bowsprit, with the usual leeboards and flat bottom that Thames sailing barges have. She operated on the east and south coasts, taking cargoes such as grain, sugar beet, flour, cement, china clay and coal. The Will survived the WWII despite coming under enemy fire on several occasions prompting the building of the steel wheelhouse structure. The barge is an active presence on the Thames, but now chartered for passenger trips and events rather than cargo, and the main hold is fitted out with mahogany panelling and is an amazing place for dining and entertaining both above and below decks. 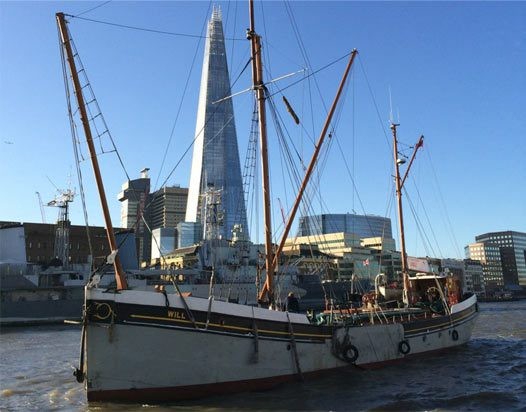 The Hermitage gates open at 11am to 4pm on both Saturday and Sunday, there will be the usual pop-up cafe in the pier house and of course the resident live-aboard boats to view close up, mainly Dutch and English river barges, and all in navigable condition with either working engines or sailing rigs, or both. Come and find out from those who live here what it is like to live on board a barge on the river.