The September Open Days at Hermitage are scheduled to coincide with Open House weekend in London.

We have two historic vessels visiting for the weekend, steam tug Portwey and fireboat Massey Shaw.

Steam tug Portwey is a twin-screw coal-fired vessel built in 1927 and of dimensions 24.4m x 5.94m x 2.74m draft. She was built for the coal bunkering trade on the south coast and was also on call for ships requiring assistance or salvage. Her working life came to a close 40 years later in 1967, after which she was saved from the scrap yard and restored to her former glory. 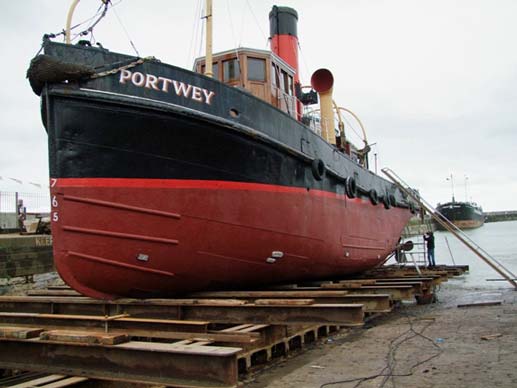 The fireboat Massey Shaw is named after the first chief fire officer of the Metropolitan Fire Brigade (from 1861 t0 1891). Built 1935 and dimensions 24m x 4.19m x 1.14m draft and , like Portwey, is a twin screw vessel, in this case powered by two 165hp diesel engines. She served in the 2nd World War bringing troops back from Dunkirk, and as a fireboat in the Thames, dowsing waterfront fires during the blitz. The most recent excursion was on Sunday 4th Sept 2016, in the event to mark the 350th anniversary of the 1666 fire of London with the burning of a representation of 17th century London by artist David Best. The Massey Shaw was there to dowse the embers, with her fully functioning fire pumps. 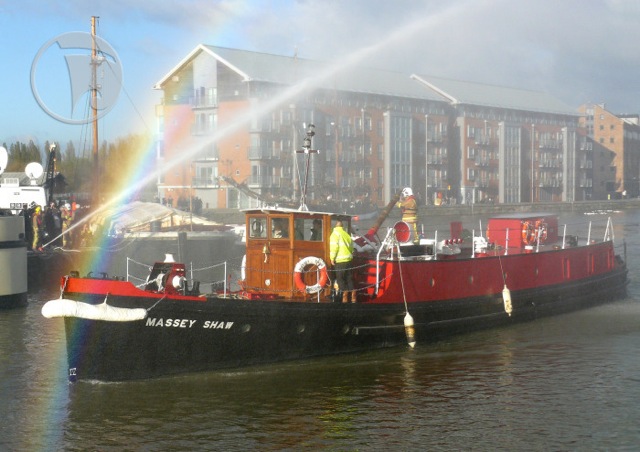